Code used to generate these plots 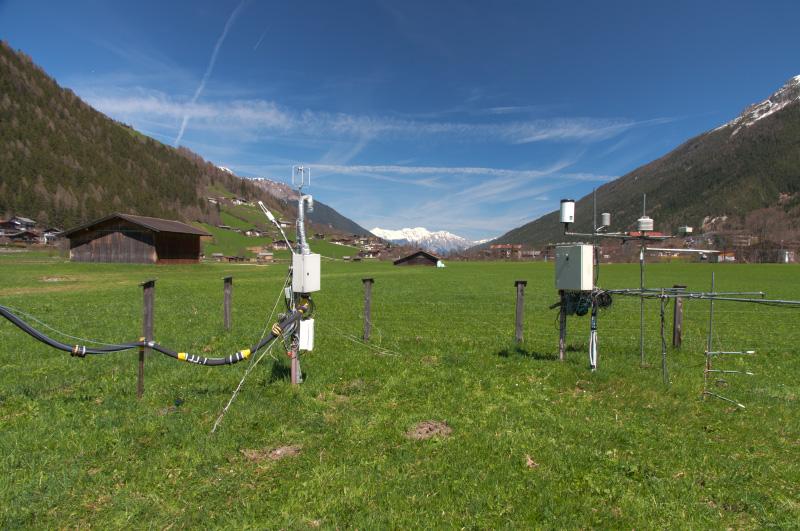 In our investigation it is hypothesized that the albedo is higher on skiing slopes compared to natural terrain due to a prolonged artifical snow-cover in spring. To get an idea about the differences in albedo of snow and grass, data from the automatic weather station in Neustift (Stubaital) is used. The available data spans over a time-period from 2010 to 2017 in which especially the transition time from snow to snow-free conditions was analysed. 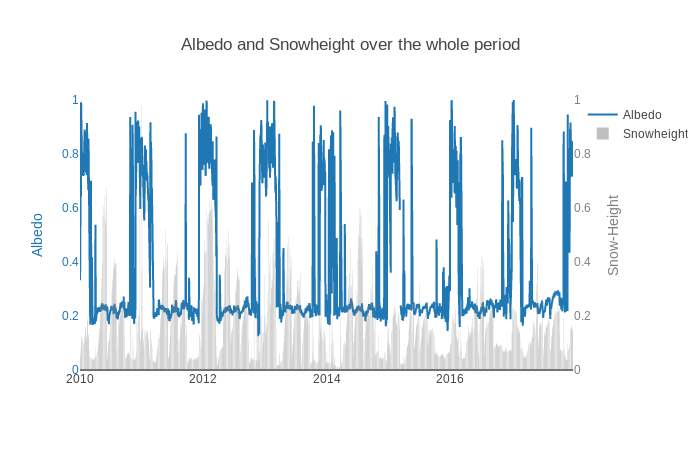 In the plot above you can see the daily average albedo and the measured snow-height for the whole eight years of available data. Already in this plot it is easy to see that there is a big difference in the albedo values between summer and winter. For all years the albedo in summer is quite constant with values slightly above 0.2. In winter the albedo fluctuates stronger but is mostly in a range between 0.7 and 1.

To get a better idea how the albedo behaves when the snow melts in spring, the time from January until the end of April for each year is investigated more precisely.

In all years it is clearly visible that there is a time in spring, when the albedo reaches a value of about 0.2 and stays fairly constant. The attainment of this value is accompanied with a local minimum in the snow height. This indicates the point when the snow is gone and the grass starts growing. So we can conclude that the albedo of grass is about 0.2. Separate spikes after the albedo had already reached its value for grass are caused by new snowfalls and the resulting snow cover.

With snow cover the albedo value is not as constant as it is for grass. It varies between values of above 0.9 for fresh snow and a value of 0.6 for old snow. Compared with the snow height values we can see, that the albedo increases after snowfall and decreases with the age of snow. It decreases also when the snow cover starts to melt.