Today our class spent several hours digging in the snow and installing two automatic weather stations (AWS) near a ski slope at the Patscherkofel ski area. 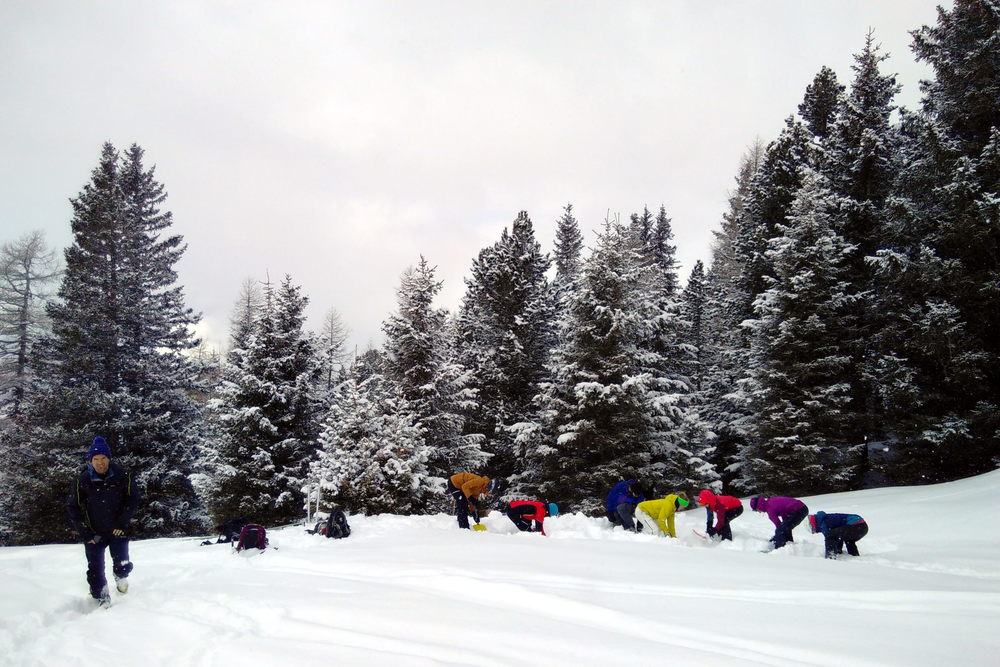 There was a lot of snow, and although the day started cloudy and snowy, the weather improved while we were working.

Setting up the stations on the uneven ground was not so easy, and required long discussions about the best way to do it. 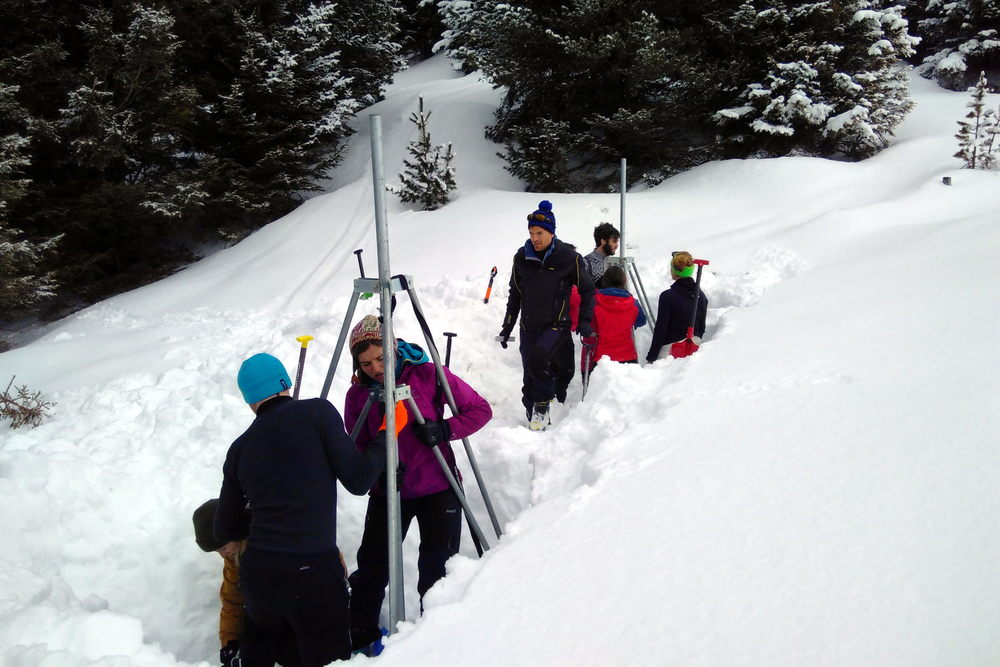 After several hours of work, the station were up and running. We used an ecobot to make additional measurements, and we took care that the skiers won’t run into our station by mistake. 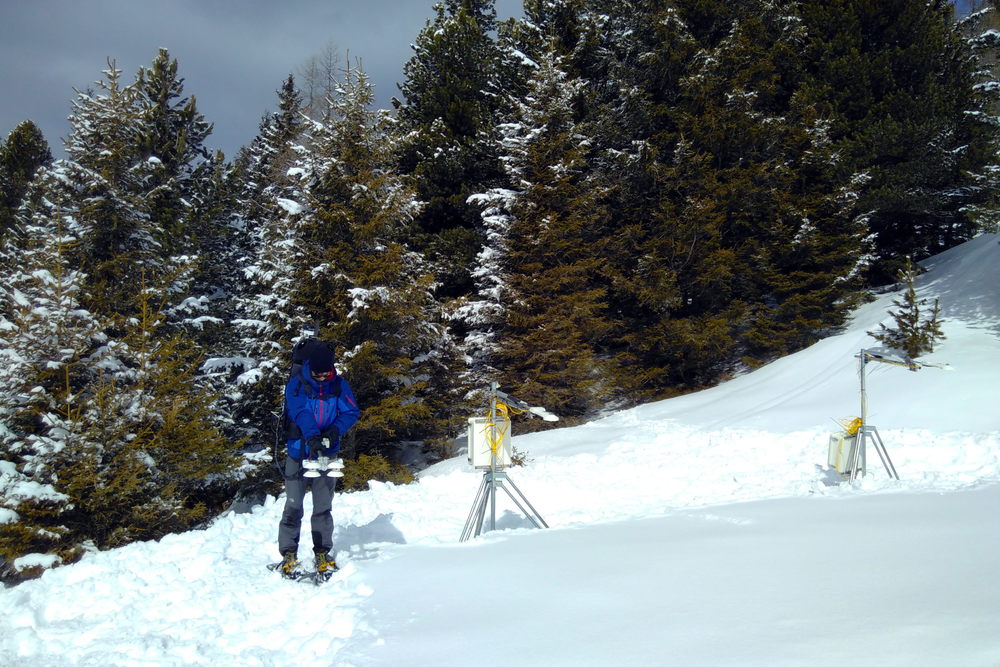 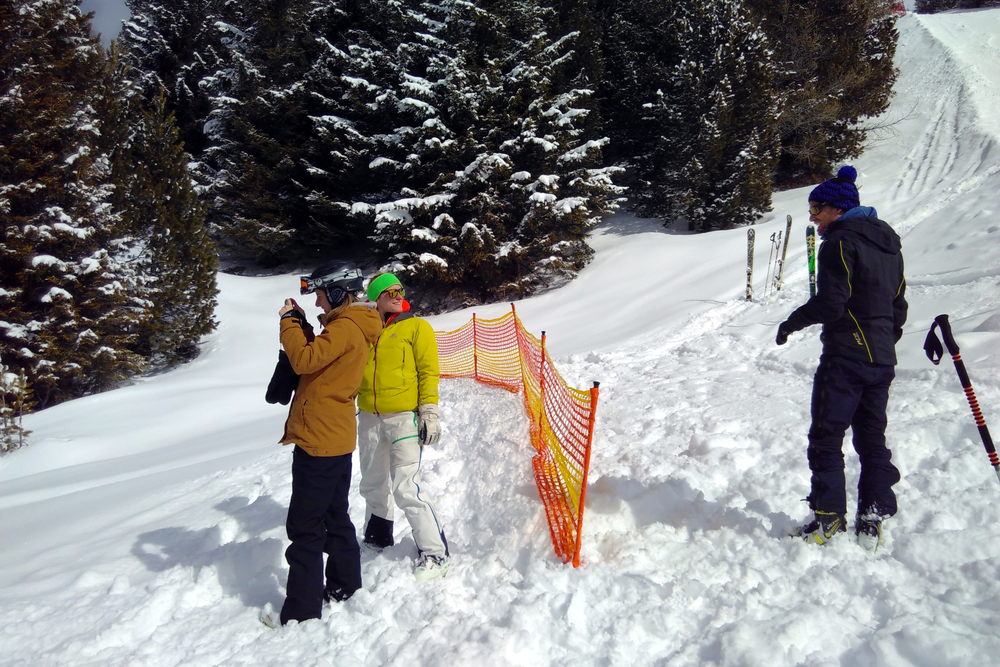 The field work was a real success! We ended the day in the cosy Patscher Alm while the stations started to send their data via the mobile network to they university servers.